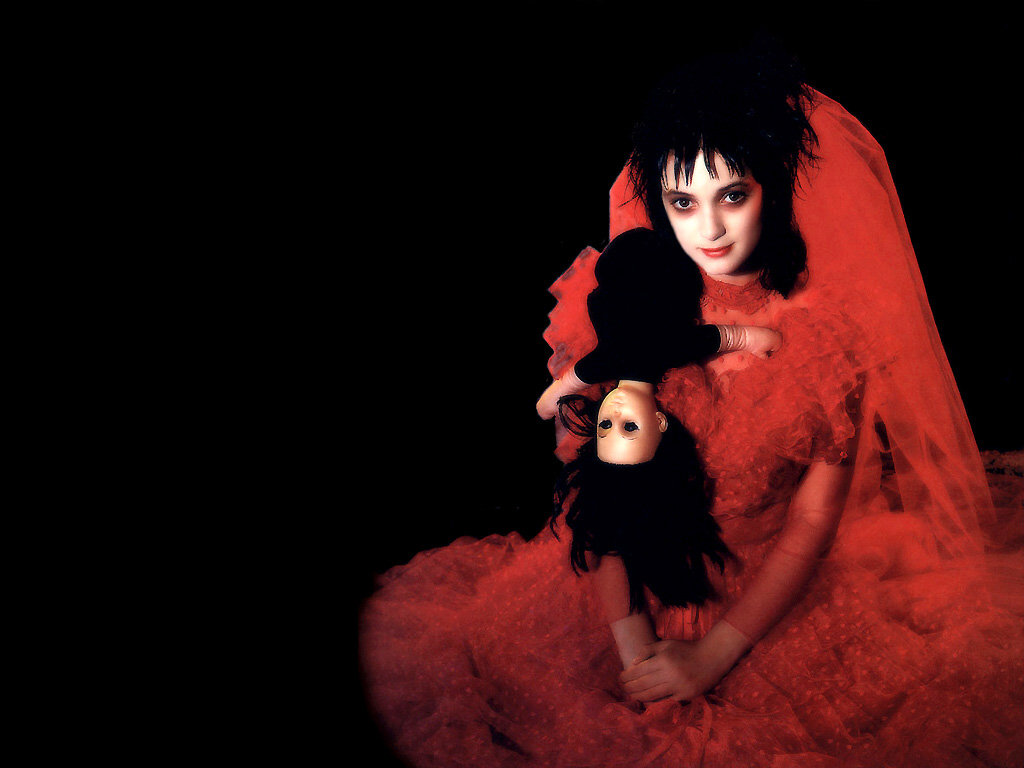 One of Tim Burton’s earlier films, and in true Burton style, Beetlejuice is visually both disturbing and beautiful. The plot of the film lends itself to the style of wardrobe, a dark comedy about a deceased couple who try to run the new occupants out of their house with the help of a figure from the underworld named Betelgeuse.

Featuring fashions such as Betelgeuse’s iconic black and white striped suit and the attire of the young teenage girl played by Winona Ryder, the film gave rise to an emerging Goth trend of the 1980s. Her disregard for conformity and broody teenage angst were enhanced by baggy black clothing, full length skirts and large brimmed hats. Her pale face framed by spikey and messy long black hair was ghostly and yet portrayed a rather attractive fashion style.

The bizarre theatrics of the fashion in this film were what drew people in and it became fashionable to be like the characters.