Founded by Daniel Swarovski in 1935 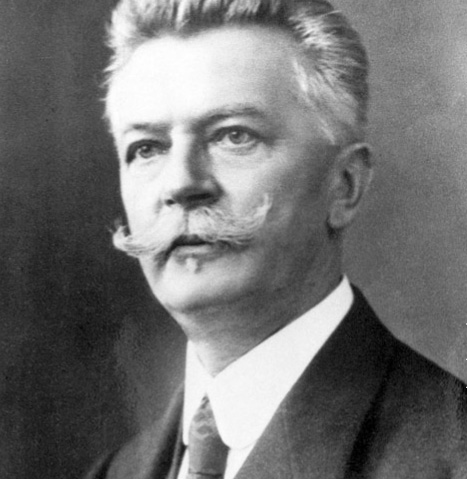 With his father owning a small glass factory, Daniel Swarovski served an apprenticeship under his direction and became skilled in the art of glass-cutting. With his skills developing, Swarovski created an electric cutting machine that improved the production of crystal glass. He patented it in 1892.

In 1895 Swarovski obtained financial backing from Armand Kosman and Franz Weis. Together they founded the Swarovski Company originally known as A.Kosman, Daniel Swartz & Co. The business established a crystal cutting factory in Austria. The area, Wattens in Tyrol was chosen to take advantage of locally produced hydroelectricity which helped reduce the operating costs for the energy intensive grinding process that Swarovski had created.

In 1949 the company launched Swarovski Optik. The brand went on to become a leading manufacture of precision optical instruments for hunting and nature observation.

In 1956 Swarovski collaborated with Christian Dior to develop the ‘Auroa Borealis’ effect, a shimmering finish that enhances the sparkle of cut crystal.

Swarovski started to incorporate crystals into chandeliers and lighting in 1965. Ten years later the company developed a new way to apply crystals to a wide variety of materials called the ‘Hot Fix’ system. The following year the company started to design crystal figurines.

A couture line was launched in 1989 as a tribute to the Companies founder. Four years later Crystal Mesh was developed, a woven mesh of sparkling crystals. Designers’ including Chanel, D&G and Louis Vuitton use the mesh today.

In 1999 Swarovski entered into a joint venture with Golay. The co-operation resulted in Signity, a brand for precision-cut genuine gemstones and manufactured stones.

In 2002 the Swarovski chandeliers became an art form and were displayed at the Crystal Palace Collection. Renowned designers reinterpret classical chandeliers every year.

Swarovski developed a new Crystal Fabric in 2003. The material consisted of countless tiny crystals that create a delicate shimmer. Also in 2003, ‘Runway Rocks’ was founded, a collection of unique almost haute couture crystal for the catwalk.

In 2004 another production method was developed. The Xilion cut increased the brilliance of the crystal through light. The following year Swarovski hosted ‘Swarovski Fashion Rocks’, a benefit gala bringing together stars from the fashion and music industries. Also in 2005 Swarovski released their first publication, ‘A World of Beauty’.

Swarovski took over the lighting company Schonbek World Wide Lighting Inc. in 2007, who were the world market leader in the premium crystal chandelier sector.

In 2009 Swarovski launched its first watch collection. In the same year Swarovski produced a short film, ‘Passage’, in collaboration with director Shekhar Kapur.

The Swarovski Company is known for its ground breaking techniques with the use of crystal. The business is now iconic for jewellery offering both classic designs and innovative, modern pieces.