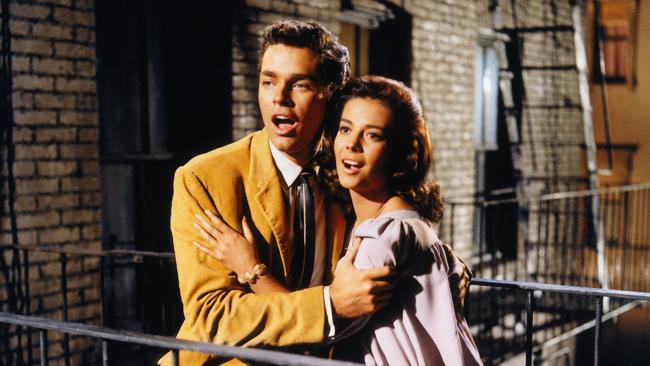 West side story when adapted from a Broadway production to film, took its costume designer with it.  Irene Sharaff second only to Edith Head in winning 5 academy awards, complimented this production (both on stage and on screen) perfectly with her costumes. Block colour was the inspiration for this film, a look that has come back time and time again, most recently, in spring summer 2011 when designers such as Gucci and Jil Sander were clashing colours.

Irene Sharaff said “I see everything in blocks of color, rather like a painting, if I have a leitmotif, a logo, I suspect it is associated with the colors I prefer: reds, pinks, oranges”. A story about two rival gangs on the streets of New York and their fight for status, Irene segregated them with colours, giving the native New York yuppies, the jets, more neutral yellows, oranges and blues in fitting fabrics like corduroy and felt, while the Puerto Rican Sharks had more daring brash colours, reds purples and pinks.