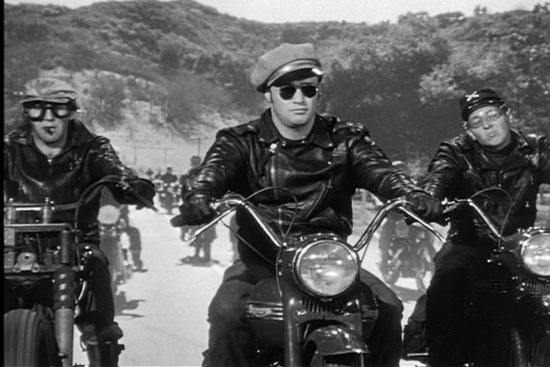 Film ensured that the 1950s was an important era for men’s fashion. The wild one brought us a broody and rebellious motorcycle gang with Marlon Brando playing the lead. It was the first film to be produced of this controversial subject matter, focussing on the misbehaviours of gangs and was therefore banned in England.

This in turn gave the characters more depth and people developed a curious interest in them. It brought in the images of the bad boy that all women lusted after and therefore all men wanted to be. The motorcycle jacket will forever owe its style status, which it found in the 1950s and holds to this day, to Marlon Brando’s character Johnny Strabler.