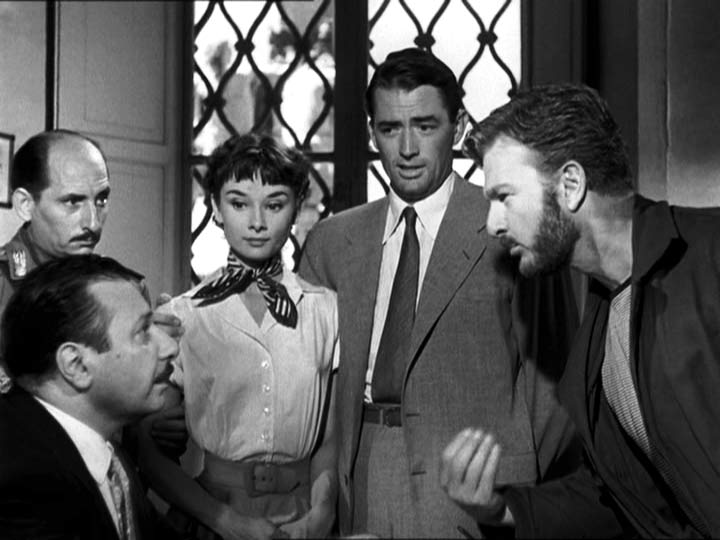 Audrey Hepburn’s wardrobe is one fashion houses and high streets revisit every spring in some vein or another. In a scene in which she is discussing her hate for the things she is pushed to wear as a princess, we see her desire for something more carefree and unrestrictive.

Countess: “My dear, you have lovely things”.

Her younger fashion while on her roman holiday symbolises the type of person she is trying to be and so she sheds her formal evening wear and royal attire in favour of a more comfortable yet still very sophisticated style of full skirts blouses and sandals with silk neck ties and head scarves, perfect for a Roman Holiday.