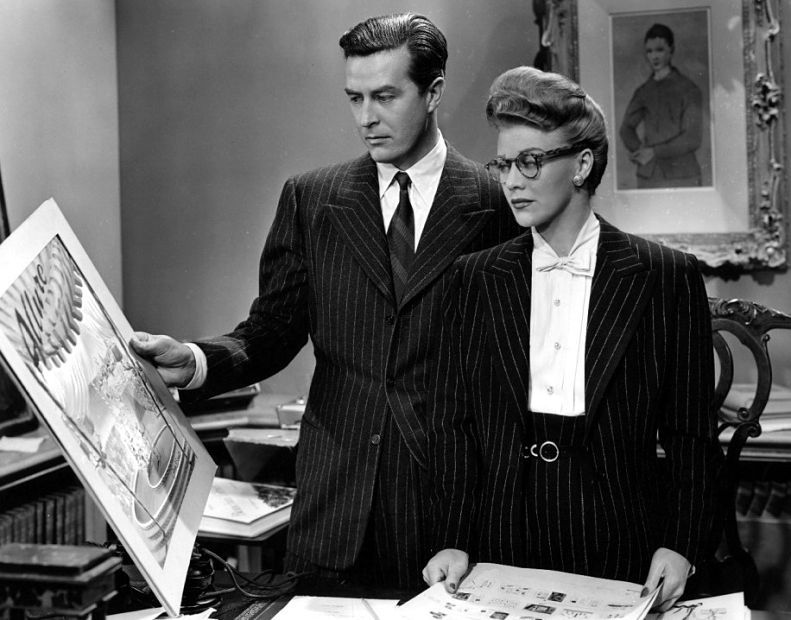 Edith Head was another leading costume designer in the golden age of Hollywood. She worked at Paramount for 43 years and during her career was nominated for 34 academy awards, and on winning eight of them she became the only female to ever have won that many.  She controversially admitted that in her job interview for Paramount, she submitted a friend’s sketches and later also tried to pass off Givenchy’s designs for Audrey Hepburn as her own.

In 1944, all eyes were on her because of the top mink-lined gown she created for Ginger Rogers in Lady in the Dark, which was decadent in the time of wartime austerity and therefore a talking point open to criticism. Unfortunately this was the peak of Ginger Rogers career as her films to follow did not hold much notoriety or conviction, but at least she went out with a bang in a gown to die for.