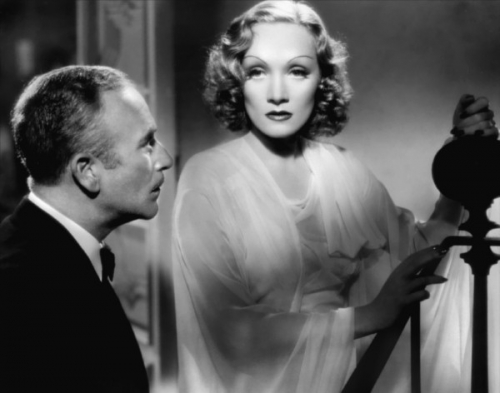 Travis Banton was a Paramount costume designer during the studios hey day in the 1930s and 40s. He often worked closely with director Josef von Sternberg, cinematographer Lee Garmes and art director Hans Dreier, who as a collective, developed a style of aesthetics that became known as the ‘Hollywood Baroque’.

For Travis, this meant an extravagance and opulence in his designs as well as a fluidity that he created with trailed gowns and feathers, a look that was not left out of Desire with its furs, pearls and bejeweled gowns. He also worked with the actresses donning his wears to teach them a grand and elavated gait in order to show the gowns in their best light.