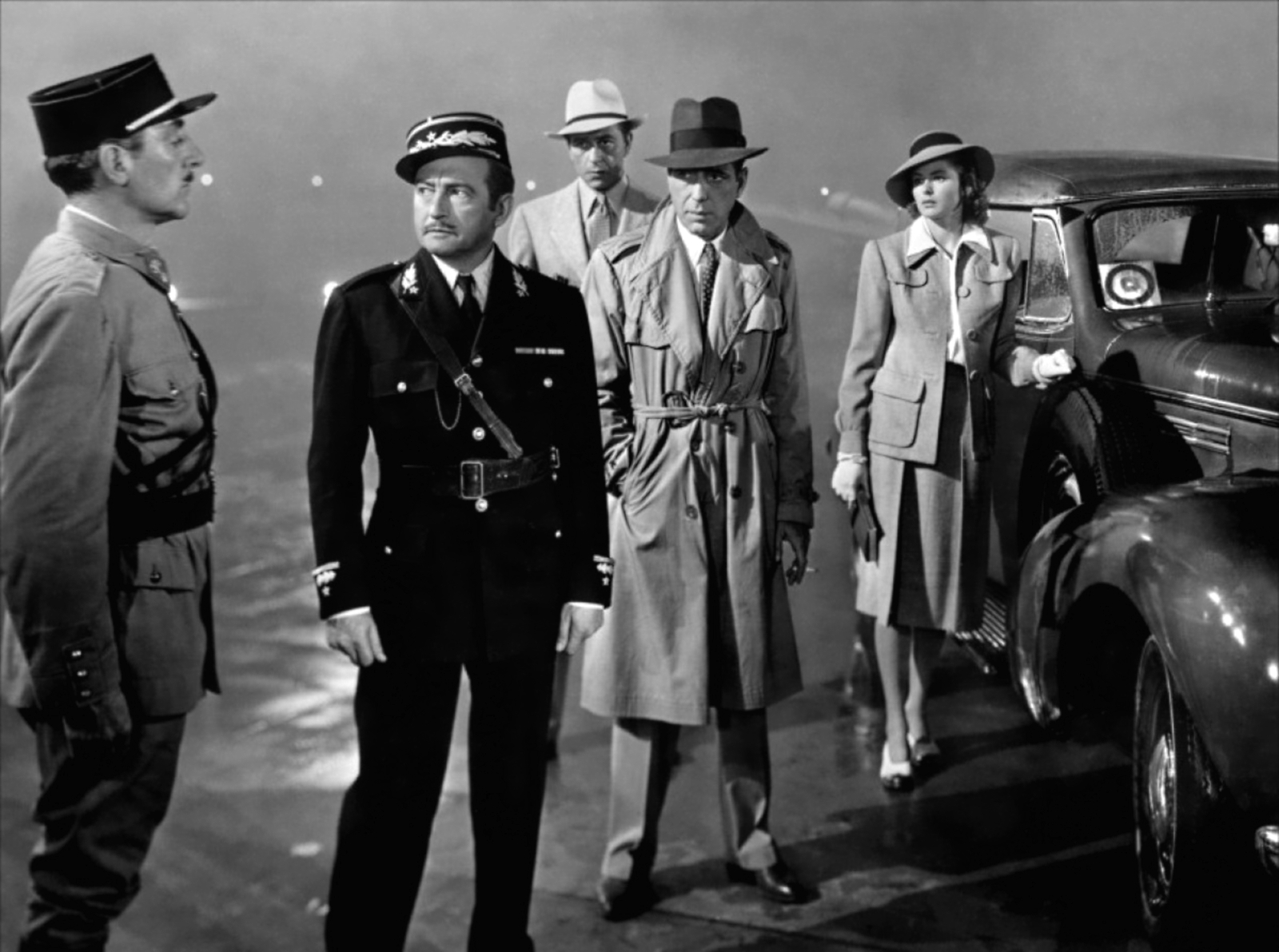 1940s: The golden age of Hollywood, a time when glamour was at its peak and actresses like Ingrid Bergman were setting the world on fire. People were looking for light relief from the suffocation of war and Casablanca offered that in abundance. Although it was set in the war, the emphasis was on romance and avoidance, so its success ensured that Ingrid Bergman became a style icon on and off the silver screen.

Despite the age calling for a more practical dress of loose trousers and functional  work clothes and the ethos being more “make, do and mend” rather than “create and excite”, motion pictures like Casablanca ensured women of this era did not lose their glamour. The dresses were perfectly tailored and well fitting. There were smart skirt suits with waist belts around the jackets, creating a curvaceous womanly silhouette, and the make-up was flawless, with dark red lips and often a drawn on beauty spot to create the epitome of femininity.