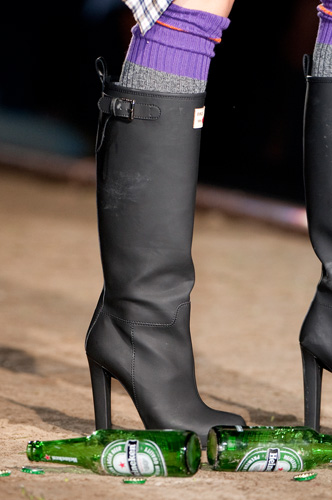 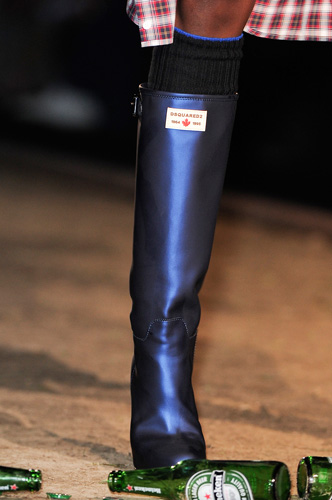 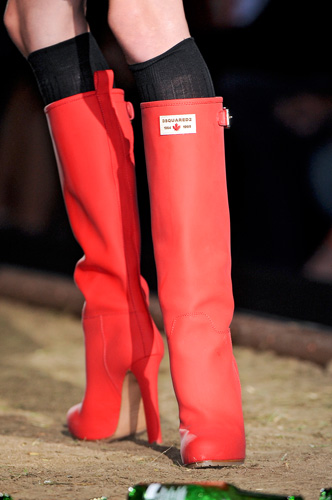 Rain boots also known as wellingtons and popularly known today as ‘Wellies’ were created less than 200 years ago in the early 19th century in England. Arthur Wellesley, the first Duke of Wellington wore hessian boots that were worn by men in the military and were tall and tasselled at the top. The Duke instructed his shoe maker to modify the boots removing the fancy trim and making them a bit more basic looking. This design of boots became very popular with English men. In 1853 after the creation of rubber Hiram Hutchinson modified the boot by creating the first rubber wellington boots which were used for farmers in France therefore needed a sealing that stopped their feet getting muddy and wet. The wellington boots have since been a success and very popular for their function purpose of being practical footwear for workers, but many other people wear rain boots for keeping the rain and mud off their feet. The typical and very recognisable style of the wellington is the green rain boot which was not a very fashionable look but since many rain boots have been made out of PVC with many different styles of print and colours keeping with the trends which has since made the rain boot very fashionable and an essential item for events like festivals at Glastonbury. These inventive High heeled Rain boots are showcased in Designer DSquared autumn/winter 2012 collections.

One thought on “Rain Boot”