Founded by Consuelo Castiglioni in 1994 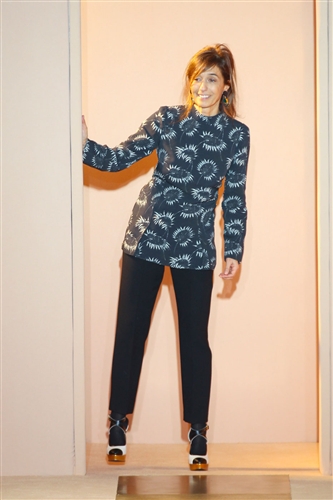 Part Chilean and part Swiss, Consuelo Castiglioni was raised in Lugano, Switzerland. With no previous fashion training, Castiglioni founded her company Marni in 1994 with help from her husband Gianni.

The business had developed from her husband’s family fur company. Castiglioni had started to use fur as an everyday normal fabric, which encouraged her to launch her own business starting with a woman’s autumn/winter collection.

For the next few years Marni stuck to just autumn/winter collections with Mario Testino photographing the presentations. However, in 1997 Marni produced their first spring/summer collection.

In 1998, Marni launched a handbag and footwear range. Two years later Marni opened their first flagship store in Sloane Street, London. Marni began to expand into Japan at the beginning of 2000.

In 2001 Marni opened another flagship store in Milan.  2002 saw the launch of a men’s collection. Flagship stores opened in New York, Paris and Tokyo in the same year.

Marni launched a jewellery collection in 2003 and began a licence agreement with the Rug Company to produce Marni carpets.

An eyewear collection was launched in 2005 alongside the first flagship store in Los Angeles.

The online virtual Marni store was launched in 2006 targeting both Europe and the US. Castiglioni’s daughter Carolina was in charge of operating the online store.

Marni expanded into China in 2006 as well as collaborating with schools from Colombia, India, Tibet, Guatemala and Brazil for a Christmas charity project. The same year Castiglioni was awarded a prize by Cindy Sherman at the Night of Stars.

A year later the first fashion accessory store opened in Milan, which also saw the launch of the popular ‘Balloon Bag’. Collaboration with Richard Prince also took place for the spring/summer 2007 collection.

These collaborations marked the start of a number of designers working on the Edition collections.

In 2011 Marni launched a virtual online store in China expanding   their presence in the country.

The business now retails at over 320 points of sale worldwide. 100 of those Marni stores are in the world’s fashion capitals. Starting with the basis of fur, Marni has now grown into an avant-garde, ready-to-wear line that features modern materials. Marni is best known for its prints, textures and juxtaposing colour.