Founded by Georgina Chapman and Keren Craig in 2004 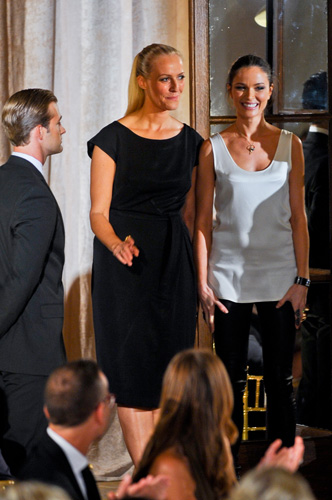 The British duo met at Chelsea College of Art and Design in London. Georgina Chapman attended Wimbledon School of Art graduating in 2001 and began her career as a costume designer. Keren Craig attended Brighton Art College graduating in 2000 and began to focus on print and embroidery design.

In 2004 the pair decided to combine their expertise and establish a business named Marchesa after the muse Marchesa Luisa Casati. Together they created beautiful, elegant eveningwear inspired by vintage and Asian influences. The dresses offered high fashion mixed with a diverse feel and aesthetics.

The business, based in New York, has collections sold internationally in luxury stores. Neiman Marcus and Bergdorf Goodman sell Marchesa in the U.S. Harrods in the U.K hold the collection as well as boutiques in Canada, Russia, Dubai and Hong Kong.

The company now features a handbag line, wedding dresses and have collaborated with Lenox to design dinnerware. Chapman and Craig have also launched a cosmetics line in partnership with Le Métier de Beauté.