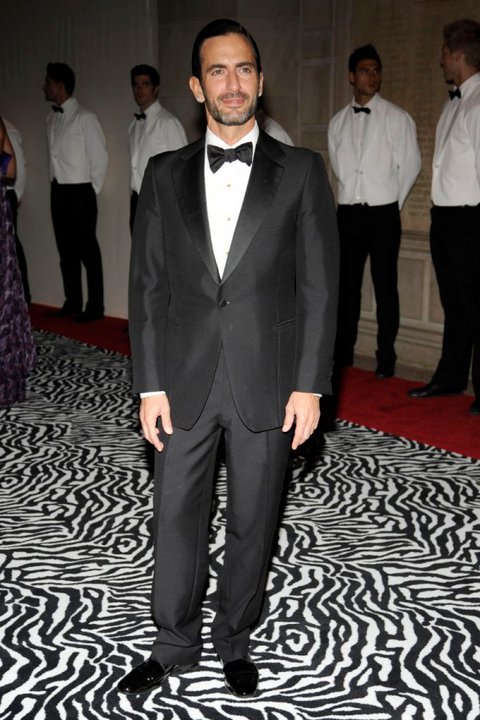 An early influence in fashion started from Marc Jacobs grandmother. Teaching him how to knit, Jacobs interest in fashion led him to attend the High School of Art and Design. Graduating in 1981, he then enrolled at the Parsons School of Design. While studying at Parsons, Jacobs was recipient of some of the highest awards from the school including ‘Design Student of the Year’.

Jacobs began to design while at Parsons, creating and selling a line of hand knit sweaters. During a graduation dinner, Jacobs met Robert Duffy. Duffy was impressed with Jacobs’ designs with started a personal and professional relationship between the two.

After graduating, Jacobs designed his first collection under his own name, the following year; Jacobs won The Council of Fashion Designer of America Perry Ellis Award for ‘New Fashion Talent’. Jacobs had the honour of being the youngest designer to ever receive the award.

His first company lasted only two years, with Jacobs quitting to join Perry Ellis as Vice-President of Women’s Design in 1989. Duffy went with Jacobs, hired as President of the company.  In 1992, the CFDA once again honoured Jacobs with the Women’s ‘Designer of the Year Award’ for his famous ‘Grunge Collection’ at Perry Ellis.

The same year they opened the first Marc Jacobs store on Mercer Street, in the Soho district of New York.

In 2001 a diffusion line, Marc by Marc Jacobs was introduced with a spring runway show. In 2004 a shop selling both brands was opened in Boston and a year later three new shops were opened in Los Angeles. In 2006, a shop was opened in Paris followed by another opened in London in 2007. The same year a new line for children named ‘Little Marc Jacobs’ was launched.

In 2007 the company started an eyewear range as well as releasing the first fragrance, ‘Daisy’. This followed by more shops opening in London, Savannah, Georgia, Tokyo and Moscow. In 2008 more locations where again opened worldwide with the Chicago boutique offering several limited edition fragrances.

In 2013 Jacobs announced his departure from Louis Vuitton after a sixteen-year tenure, confirming previous rumors that he was leaving to focus fully on his eponymous brand.

Known for his simple and modern designs, Marc Jacobs has the ability to design clothes people want to wear, making him a successful designer for his own company and other houses he has worked for.