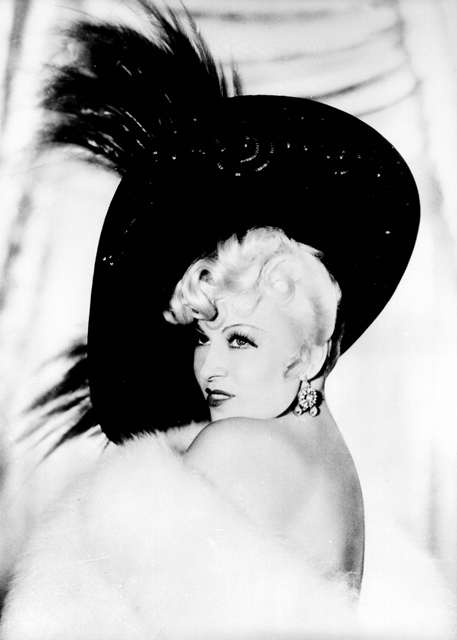 Before she sizzled on screen in furs and sequined gowns that hugged her famous curves, Mae West came from humble beginnings. Born Mary Jane West in 1893, she was raised in Brooklyn by her prize fighting father, known as “Battlin’ Jack West” and her mother, Matilda “Tillie” Doelger, a former corset model.

West first got her start performing in local talent shows and said she fell in love with performing when she was five years old: “It was my first love affair with my audience, and it’s lasted all my life.” West began performing professionally in vaudeville productions, until 1926 when she began writing her own material under the pen name Jane Mast. She starred in Sex, a play that she wrote, produced and directed.

The notoriety of the production lead to successful ticket sales, despite often-negative reviews from critics. Sex didn’t go over well with city officials who arrested Mae on charges of “corrupting the youth”; she served eight days with time off for good behavior. The scandal created mass media attention and enhanced the performer’s career, a tactic that continued to serve West well as she pushed the limits of the censors throughout her career.

She continued to write controversial, racy plays with provocative titles such as The Wicked Age (1927), The Pleasure Man (1928) and The Constant Sinner (1931). She scored a Broadway hit with her 1928 play Diamond Lil, a character she would later use starring alongside Carry Grant in She Done Him Wrong (1933). She starred again with Grant in I’m No Angel (1933), her most financially successful picture.

Later roles faced harsh re-editing by the censors, though Mae continued to push the limits with wisecracking lines, innuendo and racy costumes, exhibiting her independence and sexual freedom. Body hugging, low cut gowns that enhanced her curves were the order of the day, often with embellishment, beading or a fur trim. She preferred deep plunging necklines, or gowns that hung off the shoulder, showing as much skin as the censors would allow. The star also loved diamonds, wearing them in all their forms: statement earrings, cuffs, necklaces or jewels in her hair.

At the peak of her career, the star maintained the platinum tresses and the thin, arched brows of her fellow screen sirens, but no other movie star could match her merciless wit or saucy double entendre. What truly set Mae West apart was her social attitude. Ahead of her time, West was an equal rights advocate and subverted traditional gender roles with her on-screen counterparts. Beyond the glitz and glamour of Mae West, the key to evoking her style may simply be confidence.