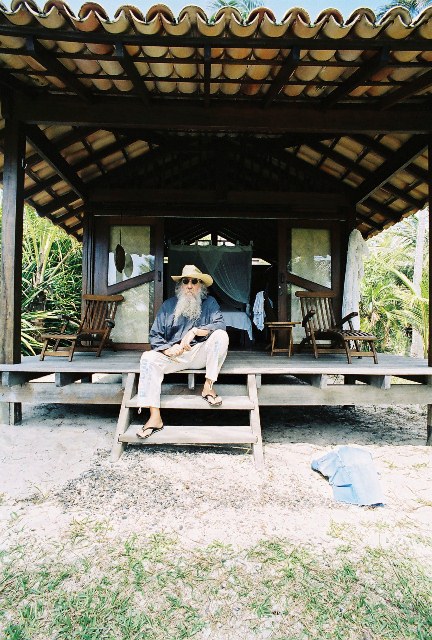 Harry Peccinotti was born in London in 1938.

His career began in the 1950s as a commercial artist and musician. At this time he designed record sleeves for the magazine Esquire and various Penguin book covers.

In the 1960s he became the art director for the British edition of the magazine Nova along with Editor Dennis Hackett. Together they helped establish it as one of the most influential magazines of the time by introducing new revolutionary concepts in typeface, format and photographic direction. During that period he also directed Flair, Vanity Fair, Rolling Stone and Vogue magazine.

After some time, he decided to stop art-directing in order to become a full time photographer whilst still creating content for many of those magazines as well as for Elle, Marie Claire, Town, and Queen Magazine.

“With no pressure to please advertisers and with total creative freedom given by his editor he was able to explore his graphic ideas, experimenting with double and triple exposures, exaggerated scale and sexual ambiguity.”

His work is recognized as very sensual and suggestive, with close ups shots of the female form and face, but never overtly pornographic.

The 76 years old photographer is today living in Paris where he works with the French and Russian editions of Vogue, Gloss, Deliciae Vitae to only name a few, and working with fashion editors Charlotte Stockdale and Antje Winte, amongst others.

He has been revered by receiving a number of awards in England and America for both his work as art director and photographer.