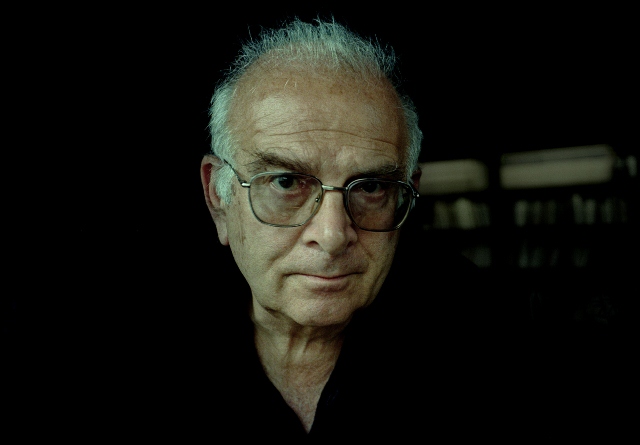 In 1939 he moved with his family to Switzerland. When he was fifteen, he decided to swap his post stamp collection against a 35mm Retinamat camera.

In 1947 they moved to Italy where he first studied Art at the Accademia di Brera before working in an advertising firm. Finally he purchased a Rolleicord camera and freelanced for magazines.

During his first trip to Paris in 1950 he met Henri Cartier-Bresson and Robert Capa. The next two to three years he travelled to India, working as a freelance photographer.

In 1954 he moved to London and started working with the magazines Life and Picture Post. He finally moved back to Paris where he still lives today.

From 1957 to 1962 he became a fashion photographer, travelling between Paris, London and New York working for Jardin des Modes, Elle, Glamour, Vogue and Harpers Bazaar to name a few.

Between 1958 and 1961 he also became associate photographer for the magazine Magnum.

The following years he began working on two books “Strip-tease” and “Television”. He also travelled the world for the German Magazine Revue.

From 1964 to 1988 Horvat worked on advertising and fashion photography in Europe and USA.

He worked on a new book in 1987 called “Entre Vues”, a collection of interviews with photographers published in 1988.

A year later he began his very first experimentation with digital imaging but chose to focus on books for the next ten years or so. (“Sculptures by Degas”, “Bestiarium”, “Chimerae”, “Ovid’s Metamorphoses”, “Walks around Boulogne-Billancourt”, “History of Fashion at Musée Galliera”, “Romanesque Sculptures” and “1999, a daily report”.)

“I once used to say – partly as a joke, partly because it was really one of my daydreams – that I would happily have one of my eyes taken out and replaced by a tiny camera, which would be similar to an eye and allow me – with a blink, for example – to take furtive photos of what I see with the other… My dream seemed close to coming true”.

His work Un oeil au bout des doigts epitomizes his new way to approach photography. By using a compact digital camera and for the first time taking photos without looking through the viewfinder, Horvat could explore his daily life from various points of view. It also allowed him to take more furtive photos, impossible to do with a traditional analog camera.

In 2009 he worked on a stage play called “Did I kiss Nietzsche on the Monte-Sacro?” with Hélène Busnel, François Hatt and Roberte Léger performed at his studio in Boulogne-Billancourt.

Two of his most recent works are “Promenade à Carrara” (2011) a series of digital collage and “Look Ma! No hands!” (2011), a series of photographs of his hands. Horvat is the first photographer to create his own IPad application “Horvatland” – 65 years of photography, or a trip through a mind, which includes more than 2000 photos and offers an innovative and more personal way to freely explore his work.