Founded by Ennio and Carlo Capasa in 1986 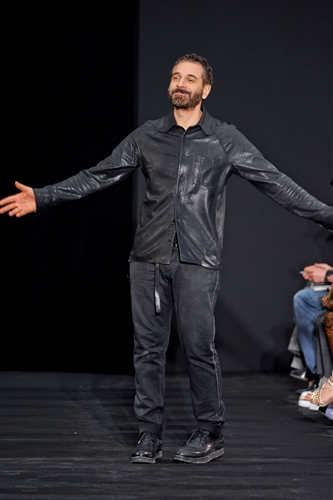 Born in Lecce, South of Italy, Ennio Capasa originally studied at the Brera Academy of Fine Arts in Milan. After graduating, Capasa moved to Tokyo where he worked for Yohji Yamamoto for two years.

Returning to Italy in 1986, Capasa founded his own company, Costume National, with his brother Carlo Capasa. The same year he presented his first woman’s wear collection which has led to him showing at Paris Fashion Week, every year since 1989. Two years later in 1991, Costume National presented the ‘Woman Collection in Paris’.

The following three years the company expanded its project range to include footwear, fragrances, eyewear, a ready-to-wear collection and a range of accessories aimed at a younger market.

In 2010, Sequedge, a Japanese-Chinese merchant bank, acquired a 17% stake in the company with the opportunity to double their stake by the end of 2011.

With the brands many lines, the company’s founder is known for its original and iconographic style. Described as ‘edgy chic’, Capasa’s Italian sartorial skills offer an avant-garde aesthetic. Mixing technology with craftsmanship, Costume National offers a slim and sensual silhouette with a rock and roll edge