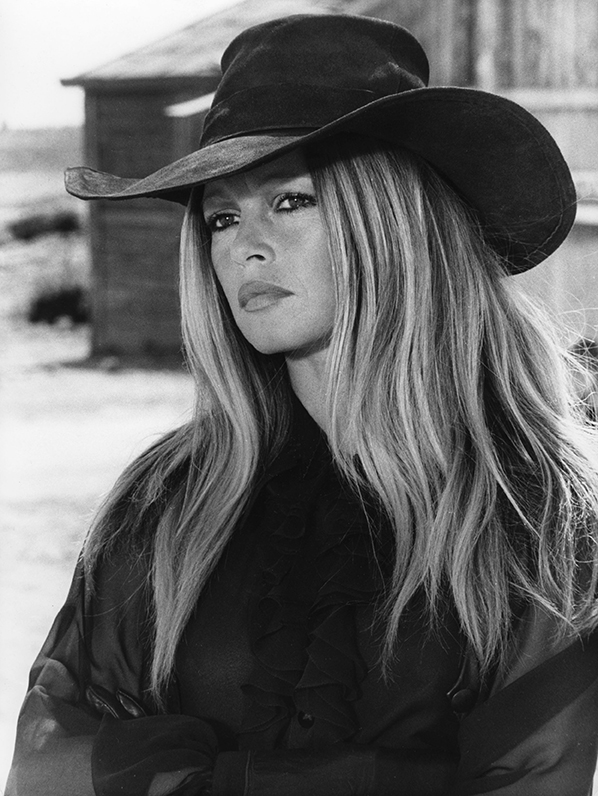 Brigitte Bardot was born Brigitte Anne-Marie Bardot on 28th September 1934 in Paris, France. Although she originally intended to follow a dream as a ballet dancer, she modelled at a fashion show in 1949 and soon after was spotted by Roger Vladim after appearing in the French Fashion Magazine Jardin des Modes. Even though Bardot had landed the starring role of her first film ‘Les Lauriers Sont Coupés’ it was soon cancelled, however this persuaded her to continue as an actress and soon after launched her career in 1956 film, ‘And God Created Woman’. Bardot was to become one of the most notable sex symbols of the 1950’s and 60’s and was to exert her influence over fashion, film and animal rights.

Bardot was an extremely sensual woman, and many an artist took the opportunity to portray her femininity. Cornel Lucas and Sam Levin were both credited with contributing to her sex-kitten image, often photographing her with little or no clothes on, conveying the whole charm of her feminine appeal. American artist Andy Warhol also depicted Bardot’s beauty in a painting in 1974.

Brigitte’s long wavy, tousled blonde hair and tanned, dewy skin gave her a certain appeal of the time that not many other actresses had. Her heavily lined cat-like eyes and plump, full peach lips were her beauty signature, in conjunction with a pair of thin, perfectly arched brows. In addition, her curvy, voluptuous figure combined with an incredibly tiny waist gave her sex-icon status and a willing cult of male followers.

Bardot was also the inventor of fashion trends that remain extremely popular today. The classic ‘Bardot’ top remains a staple in every woman’s wardrobe, which exposes the neck and rests just off of the shoulders, highlighting the curves of the neck and collarbones. Furthermore, Bardot remains the creator of the famous ‘choucroute’ hair style. In photos and films, the ‘chroucroute’ was often Bardot’s hairstyle of choice; her long wavy hair was tossed seductively over one shoulder and halve-piled on the back of her hair, creating the image of intense volume. One of the most famous images of Bardot to date is of the actress posing in a towel, one hand protecting her modesty and the other behind her crooked head, ‘choucroute’ hairstyle perfectly in place.

The actress showed a particular fondness for stripes and gingham. Gingham skirts which cinched her waist to accentuate her curves and striped tops and dresses proved lifelong favourites of Bardot’s. She was also not afraid of prints; polka dot trousers combined with a simple off shoulder top and flats gave her a fresh and feminine day time look, whilst for an evening look, extravagant gowns in luxury fabrics only served to enhance her obvious femininity.

Even though renowned for her acting skills which saw her nominated for a BAFTA for Best Foreign Actress, Bardot was also an active campaigner for animal rights. After her retirement from acting in 1973, she used her fame to promote the cause and created the Brigitte Bardot Foundation for the Welfare and Protection of Animals.