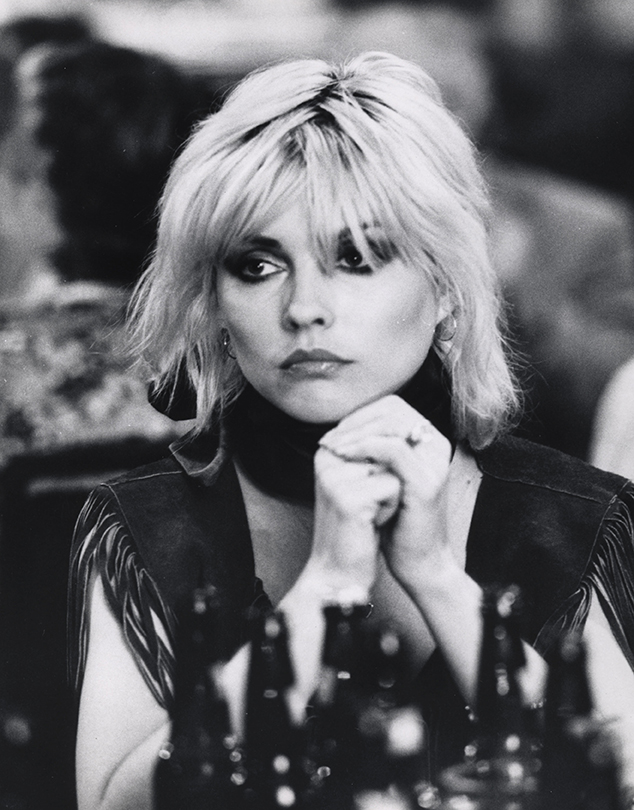 Debbie Harry was born in Miami on July 1st 1945. Before embarking on her platinum selling singing career, Harry worked various job, including a stint as a secretary at BBC Radio, a waitress, a go-go dancer and a Playboy Bunny. The singer began her musical career with The Wind in the Willows, a folk rock group that were signed for one album under Capitol Records. Harry joined The Stilettos in 1974; it was during this time that she met Blondie guitarist Chris Stein. After disbanding The Stilettos, Harry and Stein formed Blondie, named for the nickname men would often call Harry due to her bleached hair. Debbie Harry’s stage persona and style became synonymous with Blondie, causing some fans to believe it was the singer’s name. Blondie were frequently featured at New York’s famous CBGB club, and shot to stardom after their eponymous debut album was released in 1976.

“Blondie combines innocence and sensuality,” Harry explains, “Because my look was the group’s identity, it sort of became commercial for me too.”

The singer’s iconic look was made up of tousled platinum hair, sharp cheekbones and a bright punk rock pout, replicated by scores of Blondie fans. The star mixed leathers, distressed jeans, kitsch slogan shirts, leopard print and day-glo brights for a look all her own, stating: “The deconstructed look is something I really like a lot. New York in the 70s taught me a lot of things. It was like going to school. Initially it was about experimentation, and then it evolved through Stephen Sprouse.” Sprouse acted as stylist to the band, designing clothes for Debbie Harry and art directing the music video for “Heart of Glass”, which features Harry in a one shouldered dress with an asymmetrical kerchief hem, with a combination of chiffon and cotton, layered to create an optical illusion.

After Blondie broke up, Harry released five solo albums, and pursued an acting career, appearing on Broadway and most notably playing Velma Von Tussle in the original Hairspray movie (1988). Harry maintained popularity, immortalized by Andy Warhol in a pop art painting and the singer also continued to be a regular at Studio 54. Blondie reunited in 1997, and have continued to tour and release records, with their most recent offering, Panic of Girls, released in 2011. Though Debbie Harry may share today’s stage with singers such as Lady Gaga, who push limits and shock audiences with their stage outfits, Harry prefers to maintain her mismatched, effortless approach saying, “I like to put on something fabulous and not have to think about it.”