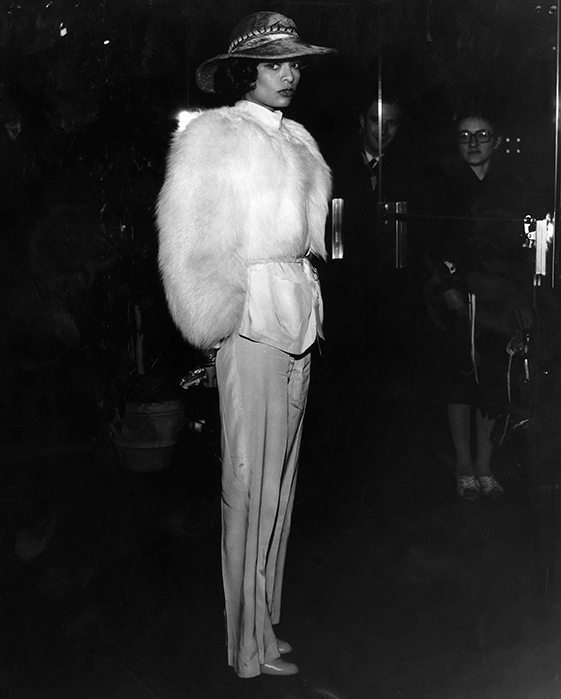 It’s impossible to think of Bianca Jagger without imagining the image of one of fashion’s most iconic grand entrances: riding into Studio 54 on a white horse, wearing a sumptuous, off the shoulder Halston dress, in celebration of her thirtieth birthday. Jagger helped put the famous New York club on the map, reveling in the disco decadence of the seventies in the company of dear friends and collaborators Roy Halston and Andy Warhol, Liza Minnelli and husband Mick Jagger.

Before the champagne, parties and plunging necklines, Bianca Perez-Maora Macias spent her childhood in Managua, Nicaragua living with her mother and two siblings. She received a scholarship at the Paris Institute of Political Studies, and travelled extensively during her youth. In 1970, Bianca met Mick Jagger at a party after a Rolling Stones concert, and reportedly impressed the charismatic singer with her French. They were married the following year in Saint-Tropez, while Bianca was four months pregnant with her daughter, Jade.

Though the couple were both dressed by Yves Saint Laurent for the occasion, Bianca’s modern twist on the classic white dress, a maxi-skirt suit with a plunging neckline, overshadowed the front man’s three piece suit.

With her tall, lithe frame, impossibly high cheekbones and exotic looks, Jagger started a modeling career, posing for famous photographers such as Warhol and Richard Avedon and gracing the cover of Vogue in March, 1974.

The icon became a permanent fixture with the party-goers of Studio 54, often photographed in monochromatic or metallic draped one-shoulder gowns, printed silk kaftans, hooded dresses and jumpsuits, epitomizing the ease and elegance of eveningwear in the seventies. She often alternated her luxurious dresses with structured, expertly tailored suits and accessorized with decorative headbands, turbans, fur stoles and beaded chokers. Though she divorced Mick Jagger in 1978, the split did little to quell her jet-setting, glamourous reputation. Bianca’s style remained as bold and compelling as ever, as she continued to serve as muse to Halston and Warhol.

The icon has devoted her life to human rights activism, creating the Bianca Jagger Human Rights Foundation, often working to improve conditions and provide aid to Nicaragua. She acts as a Goodwill Ambassador and was a chair of the World Future Council, putting her icon status and celebrity to good use.