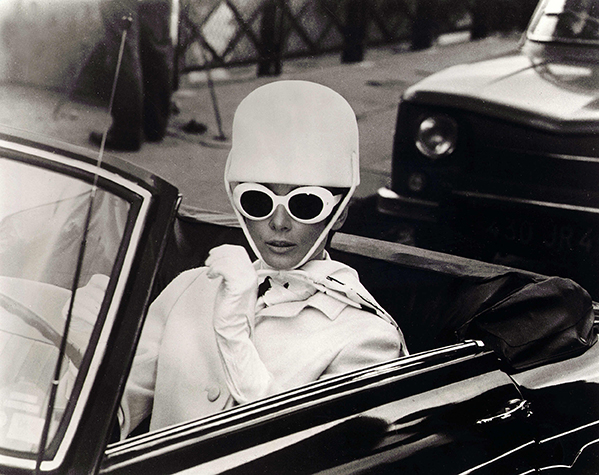 Audrey Hepburn, the epitome of elegance, femininity and the creator of the much desired, timeless ‘Audrey Hepburn Look’. Born in 1929 in Belgium to a British father and Dutch Aristocrat mother, Audrey grew up multi-lingual and well travelled between Britain and the Netherlands. However, in 1939 the Second World War forced Audrey from her boarding school in England back to her family in Holland.

Since a young age Audrey had shown a delight in ballet and for three years studied with Sonia Gaskell, but the hardship of war-time life rendered her body too weak to continue, and forced her to turn to another of her passions; acting. After the amazing success of “Gigi” on Broadway in New York, Audrey was thrown into the spotlight in her first starring role as Princess Anne in the film “Roman Holiday”, for which she won an Academy Award for Best Actress.

It was this film that propelled her into becoming an iconic figure and set a new (and previously unseen) standard of beauty – gone was the voluptuousness and overt sex appeal of the decade and in was the soft femininity and waif like, elegant silhouette. Big doe-like eyes, a flawless porcelain complexion and rose stained lips became the new fashion.

When talking about Audrey Hepburn, it is impossible not to mention her fifty-year friendship with up and coming fashion designer of the time, Hubert de Givenchy. It was during her second film “Sabrina” that Audrey and Hubert met, as she had shown interest in having him design the costumes. They soon formed a loyal partnership, with Audrey often being his muse and inspiration for designs. They collaborated together and created the exclusive ‘Audrey Hepburn Look’, which women all over the world fell in love with.

Nevertheless, there was to be one film that would define her career, and identify her as one of the most renowned and stylish women in the world; Truman Capote’s “Breakfast at Tiffany’s”. It was the costumes in “Breakfast at Tiffany’s” that helped to create the unique ‘Audrey Hepburn Look’. The little black dress, oversized sunglasses and statement pearl necklace all held a womanly and chic charm, one that Audrey was keen to share with women; ‘My look is attainable. Women can look like Audrey Hepburn.’

Whilst creating and owning the Holly Golightly glamour look, Audrey Hepburn’s own personal dress sense encapsulated her elegant and sophisticated character, whilst maintaining a chic uniqueness. Simple Capri pants, feminine blouses and a silk scarf were the essentials of her look, always accessorized by a pair of flats and cat eye sunglasses. Classic colours of black and white were the choice for the majority of outfits, whilst keeping jewellery to a pair of statement earrings; she let the simplicity and chic character of her outfit stand out.

Apart from retaining her status as one of the most stylish and elegant women in the world, Audrey Hepburn was also renowned for her humanitarian work. In 1988 she was appointed a Goodwill Ambassador for Unicef in recognition for her contribution to humanitarian causes, as she had devoted herself wholly to helping children in poverty stricken countries.

Audrey played an integral part as a fashion icon in her lifetime, and still does today. She introduced modesty and grace into fashion, a style that has become timeless and will always be associated with her.