Known as the bad boy of fashion, the late Alexander McQueen found himself at the forefront of fashion virtually over night at the main seat of Givenchy.

The son of a taxi driver, McQueen was the youngest of six children. Growing up in a council flat tower block in Stratford, his interest in fashion began at a young age while making dresses for his three sisters, preceding him to declare his ambition to become a fashion designer. After leaving school with one O-Level in Art, he began to serve an apprenticeship with Savile Row tailors Anderson and Sheppard. He then joined Gieves and Hawkes and then theatrical costumiers Angels and Bermans. With his technical skills McQueen moved to Kohji Tatsuno as a pattern cutter and then flew to Milan on a whim. After working with Romeo Gigli, McQueen returned to London in 1994 to apply to work as a pattern cutter tutor at Central Saint Martins College of Art and Design. With the strength of his portfolio he was persuaded to enrol as a student.

On graduating, his whole collection was bought by influential stylist Isabella Blow which launched his career. On her direction he changed his name from Lee McQueen to his middle name Alexander.

Forming his own line he saw success with his low waist bumster trousers causing a minor fashion sensation. Earning the title ‘l’enfant terrible’ he caused a stir when appointed head designer at Givenchy in 1996 succeeding John Galliano. McQueen swept into Paris insulting everyone in his pass including John Galliano, Vivienne Westwood and calling Givenchy’s founder Hubert de Givenchy as ‘irrelevant’. With his first collection unsuccessful, he told American Vogue in October 1997 ‘I know it was crap’. He toned down his designs for Givenchy but not his rebellious streak, with his catwalk shows still causing controversy. McQueen stayed at Givenchy until March 2001 when his contract ended.

With accomplishments including Best British Designer of the Year, which he won four times between 1996 and 2003, he was also awarded the CBE and named International Designer of the Year by the Council of Fashion Designers in 2003. Celebrity fans including Sarah Jessica Parker, Nicole Kidman, Penelope Cruz, Lady Gaga, Rhiana and Bjork. 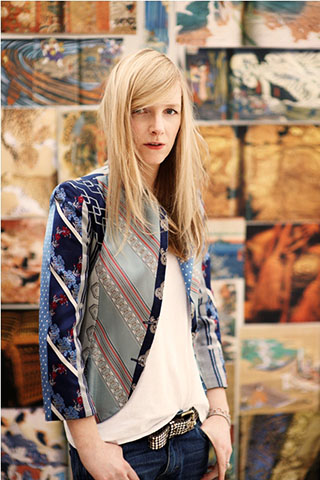 Openly gay, McQueen’s personal life affected his fashion. With the suicide of his close personal friend Isabella Blow, McQueen received press attention from rumours there was a rift between McQueen and Blow. Following the death of his mother McQueen was left depressed leading to him taking his own life on February 17th 2010. With musicians and friends including Lady Gaga, Kanye West, Katy Perry and Courtney Love commemorating McQueen his funeral was attended by Kate Moss, Naomi Campbell, Stella McCartney, Anna Wintour, Sarah Jessica Parker amongst 2500 other invited guests.

Alexander McQueen had eighty percent of an unfinished autumn/winter collection before he died. His long-term assistant Sarah Burton finished the collection which was presented in Paris during 2010 Fashion Week. The collection had a medieval, religious theme with a recurring theme of angels and demons. Editors said it was hard to watch as it showed McQueen’s obsession with the afterlife. Sarah Burton was appointed as new creative director of Alexander McQueen presenting her first women’s wear collection in Paris September 2010.

With an excellent technical ability, McQueen’s catwalk shows were always sensational. Known to shock and amaze his legacy lives on in his fashion house Alexander McQueen.