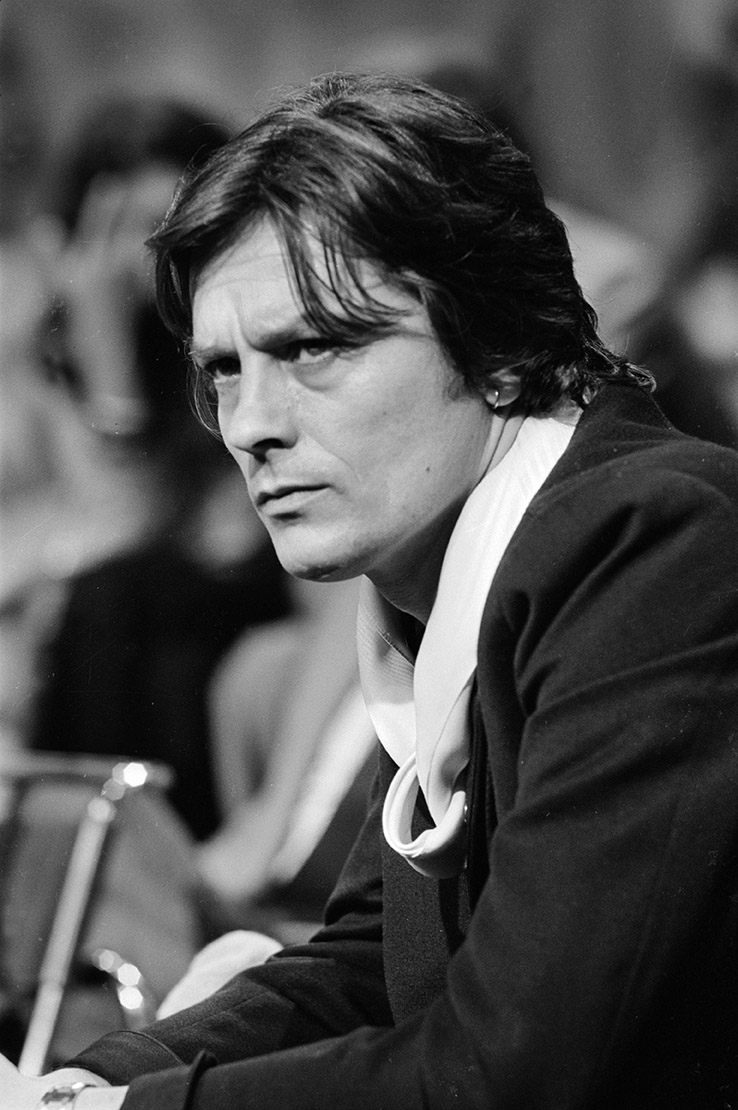 Hailed as the male Brigitte Bardot, Alain Delon possessed a typically confident French attitude which undoubtedly contributed to his impeccable sense of style.  The ladies loved him, the men wanted to be like him and the suave European actor knew it.

Born in a suburb of Paris in 1935, Delon faced a tumultuous childhood. Upon leaving the Navy, he took whatever employment he could get and soon became friends with the actress Brigitte Aubur with whom he travelled to the Cannes Film Festival with, which fuelled the start of his acting career. Here he was scouted and offered a contract, on the condition he could learn English. However his contract was broken when he met director Yves Allegret who convinced him to stay in France to launch his career. Delon’s second film Faibles Femmes was not only hugely popular in France but also internationally, especially in America. In 1964 Delon started his own production company, Delbeau Production, also with George Baume. Throughout his lifetime, Delon appeared in more than sixty films and won numerous awards of recognition.

Apart from being known as a talented actor and style icon, Delon was also an avid businessman, launching products such as watches, sunglasses and a fragrance, all of which oozed his classic, retro style.

One of the staples that Delon relied on over and over again is the crisp white shirt, with the first few buttons at the top undone for a relaxed yet refined, roguish look. The collar of the shirt would be spread open in a wide V shape, while the arms would be messily rolled up. Over the top, a black vintage leather jacket with a neat white scarf would complete the look. Wear the shirt and jacket with a slim cut pair of dark denim jeans or dark trousers