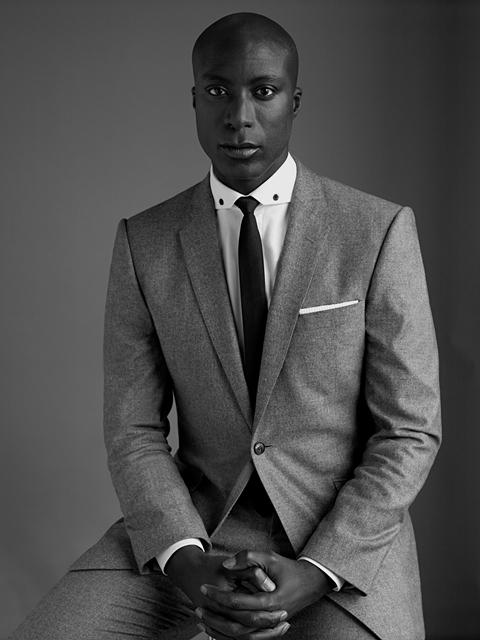 Ozwald Boateng’s parents emigrated from Ghana in the 1950s. His mother, who had previously worked with fabric, became a seamstress.

While studying computing, Boateng was introduced to designing by his girlfriend at the time. Using  his mother’s old sewing machine, he started to design and create his own garments, which he sold to his peers. This led to him switching his course to fashion and design.

After helping a friend design clothes for a fashion show, Boateng received praise for his work. This encouraged him to create his own collection, which he sold to a menswear shop in Covent Garden. With the finance raised from the sale, Boateng opened his own studio in 1991.

Boateng presented his first catwalk show during Paris Fashion Week in 1994, the first tailor to ever show there.  With the show a success, Boateng was encouraged by Tommy Nutter to open his first boutique on Saville Row in 1995.

Boateng offered a modern take on menswear design and tailoring and, in 2002, Boateng moved his whole business to Savile Row.

The company launched a women’s fragrance in 2003. Two fragrances came together and could either be worn separately or layered upon each other, to offer a bespoke style scent. A year later Boateng was announced as Creative Director of Menswear at Givenchy in 2004.

The Victoria & Albert Museum honoured Boateng with a 20 year retrospective exhibition in 2005. Three years later a new flagship store and headquarters were launched in another location on Savile Row. Boateng left Givenchy in 2007.

Having reinterpreted the British art of bespoke tailoring, Ozwald Boateng is known to combine excellence and luxury with a modern and fresh design philosophy. He has broken new grounds with his reinterpretation of tailoring.