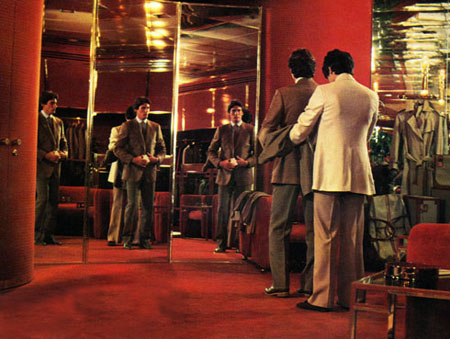 Despite this films controversial subject matter, the popularity of it helped kick-start the career of one of the greatest designers of our time. Richard Gere’s young, glamorous, charismatic character with his fast cars, nifty gadgets and perfectly tailored suits idealises prostitution by conveying the type of lifestyle associated with the Californian dream. It doesn’t matter how he had to get it.

Luckily for Giorgio Armani, Gere’s job title was overlooked, in favour of focusing on the perfect drapery of the silk, the “like a glove” fit and the overall allure of his clothes.